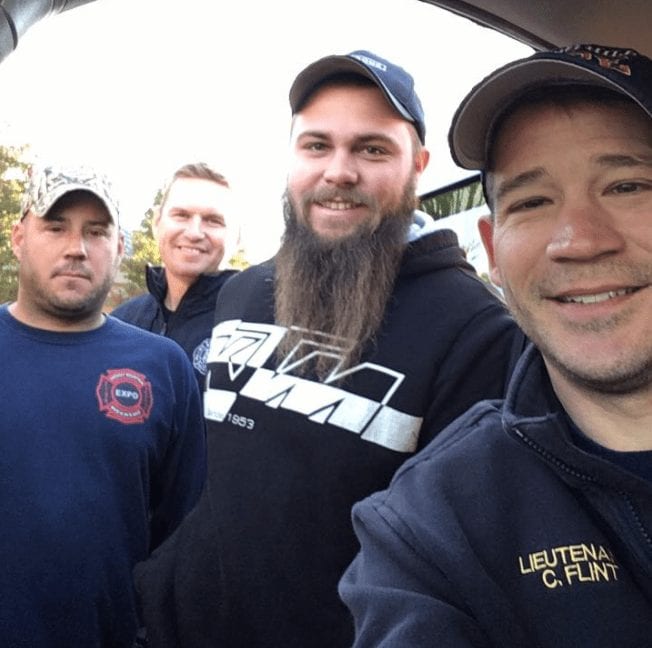 One of Cumberland Tractor & Equipment employees is also the assistant Chief of the White House Community Fire Department – who was vacationing in Gatlinburg when the fires broke out this past week. Here is a snippet of Joe’s story.

Two White House couples, vacationing in the Smoky Mountains last weekend, came home with less than they set out with on their trip, after being evacuated from their condo that was destroyed by the fires near the popular Gatlinburg vacation site.

After taking in the Smoky Mountain Christmas Show Monday evening, employees informed the crowd that emergency officials had closed down the streets of Gatlinburg, preventing the two couples from returning to their condo.

“Friends had been texting us all during the show to see if we were okay,” Williams said.

It wasn’t until the next day that the Williams and the Dennards found out their condo had indeed burned, destroying all of their belongings and the Dennards’ pickup truck that brought them to Gatlinburg.

After getting a hotel room in Pigeon Forge, Joe Williams, who is the assistant Chief of the White House Community Fire Department, received a call early Tuesday morning from City of White House Fire Chief Joe Palmer, who said he was putting together a fire crew to travel to east Tennessee to assist in the fire fight.

“He thought I was in White House,” Williams said. “My son is a firefighter in the city and so I had him grab my gear and put it with our personnel and engine traveling our way.”

Williams then joined the group of firefighters, including four crewmen from Springfield, who were all working together to oust the flames and provide search and rescue assistance.

And here are some of the Cumberland Fire Apparatus & Equipment team on site in East Tennessee (screen capture from a Facebook post). 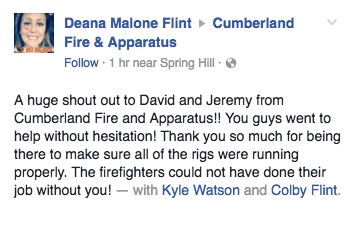